We are very proud to announce our shortlist for our 2013 awards. The judging process is now underway and we look forward to officially announcing the winners of this year's awards at a ceremony in Melbourne in October.

Each year, Speech Pathology Australia awards three Australian authors the “Best Book for Language Development” in the categories – Young Children, Lower Primary and Upper Primary.     Each award is based on the book’s appeal to children, interactive quality and ability to assist speech pathologists and parents in communication and literacy development.
The intention of Speech Pathology Australia’s Book of the Year Awards is to:
•   Enhance people’s awareness of the role speech pathologists play in literacy development.
•   Gradually develop a nationally recognised pool of books that speech pathologists can recommend for the development of oral language and speech and/or sound awareness.
Promote the Association with the Book of the Year Awards ceremony. 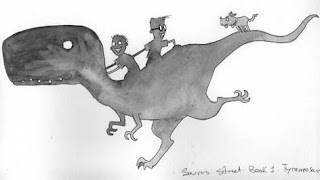 Saurus St 1: Tyrannosaurs in the Veggie Patch Nick Falk and Tony Flowers   The narrative is longer and the story more complex however the structure is solid. The story has a captivating start yet the plot is not too outrageous so is plausible to the small reader. Characters are appealing and relevant to the age group where friendship is important. The layout is appealing with an engaging use of text and illustrations. And of course small children love dinsosaurs! 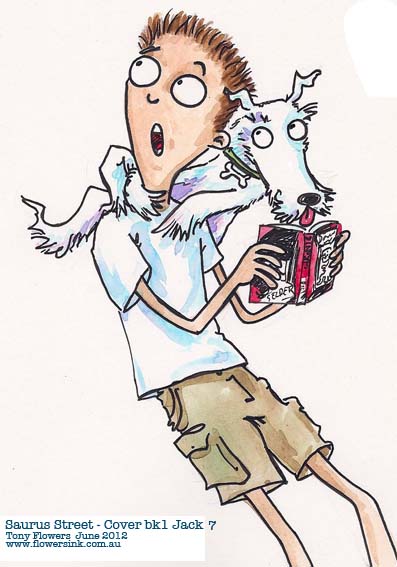 Posted by Unknown at 7:55 AM No comments: