A word of advice to my fellow illustrators, unless you want to spend 2 days bent over, kneeling on concrete covered in bright coloured chalks. Never tell your publisher that you can do 3D chalk art!

Having said that, I had a blast at the 2014 Sydney Writer’s Festival drawing a 3D chalk version of the main character from my book series ‘Billy is a Dragon’ (author Nick Falk).  I also took part in the illustrator battle rounds as was taken out by the talented Gus Gordon. 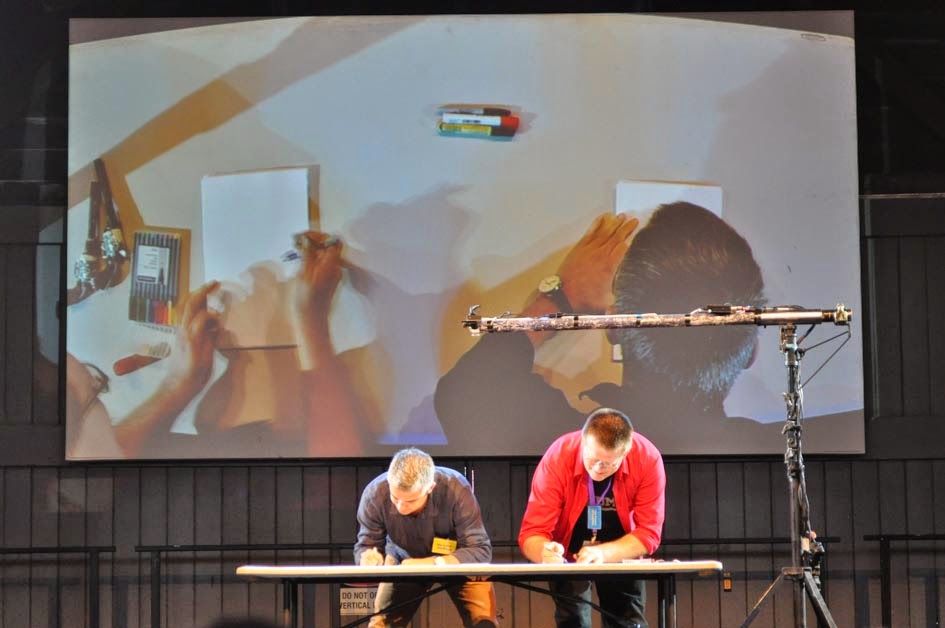 Back to the chalk, if you have ever looked at the images of 3D chalk on the internet and wondered how it works. It is quite simple. It works by altering the viewer perception of perspective.  Our minds read the world around us in 3D with a basic understanding that things that are further away from us look smaller. This reduction in size starts to occur when the angle we view an object is greater than 45 degrees. i.e when we look at train tracks on the ground, from a standing eye height of 170cm, anything greater the 170cm away from our feet starts reduce in size. The effect is also changes over distance. The reduction (distortion) at 200cm in smaller that the distortion at 500cm

So what happens when you create a 3d illusion or 3D chalk art image. These images work on a single point focus. So firstly you need a lens (normally camera lens) to see them. Secondly they achieve their illusion by stretching and expanding an image as it moves away from the viewer. 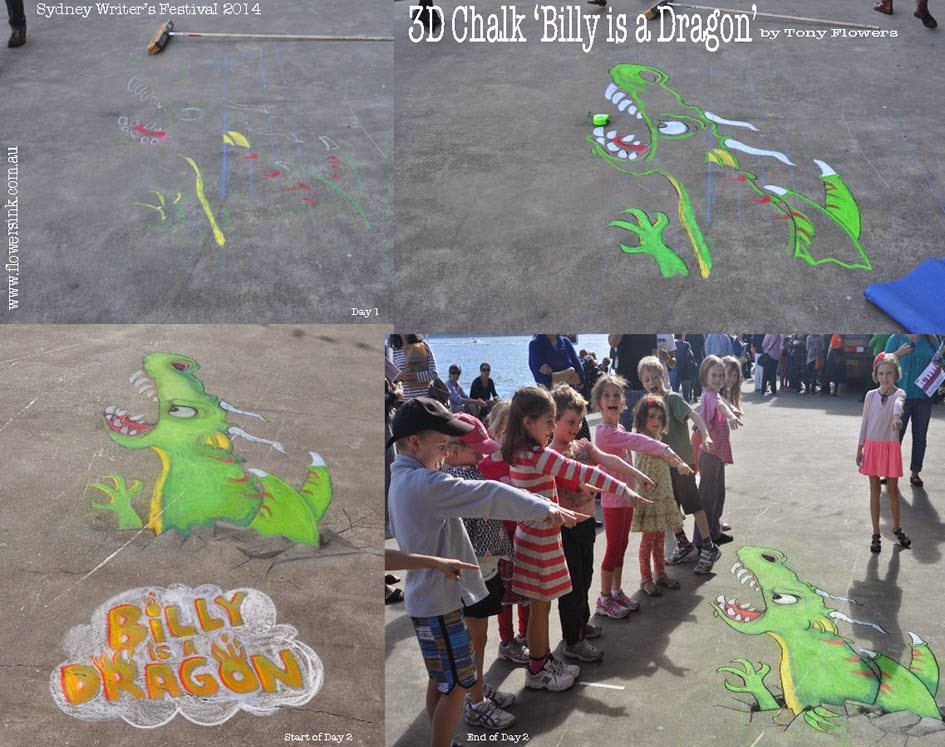 You can see here the step by step process of creating the image from the intended viewing point. Note in the image of the crowd of kids that the shadow of the girl behind the object falls onto the Dragon. This interferes with the illusion. But the kids were still having fun so it didn’t matter. 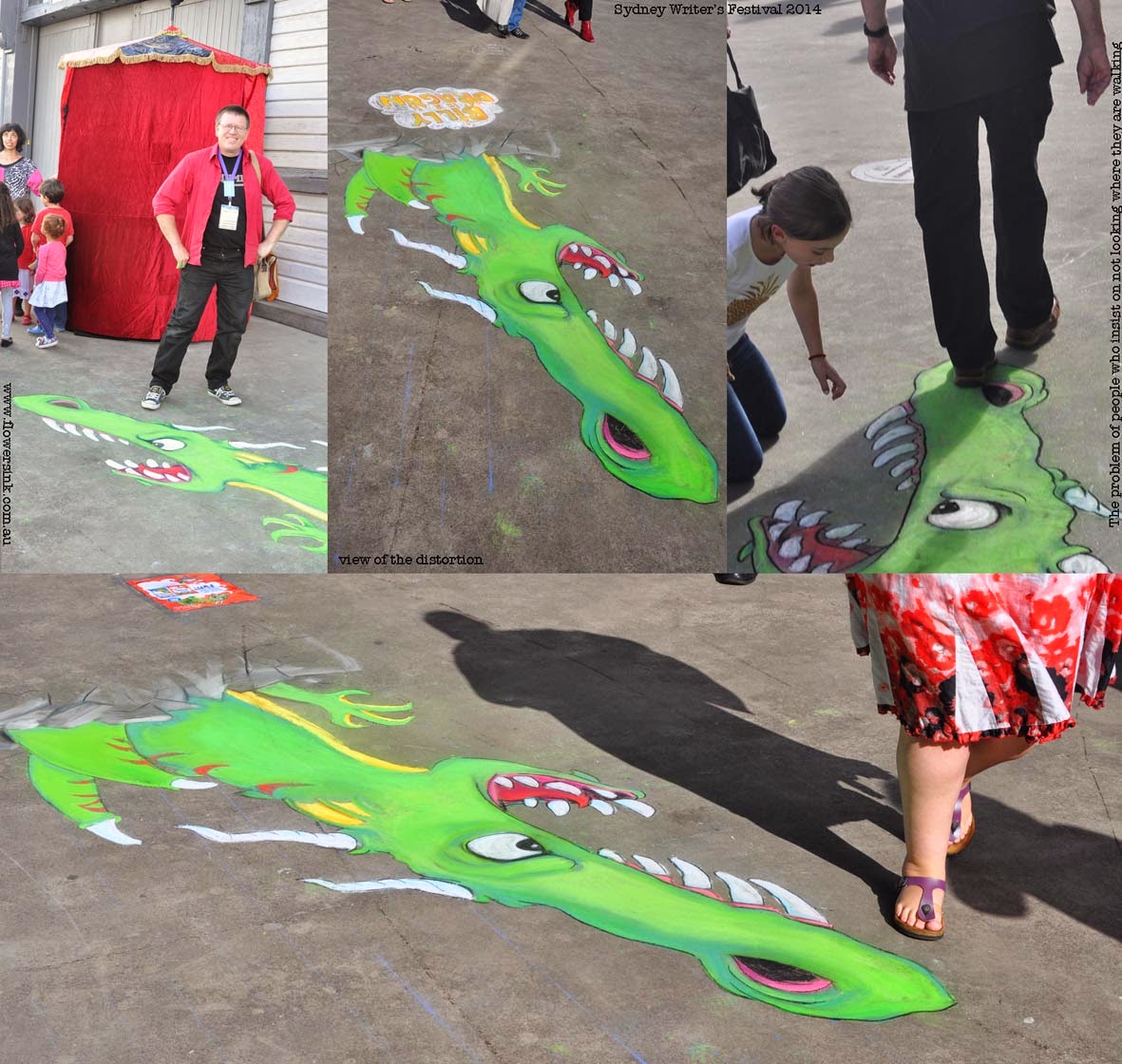 Now in the next photos you can see how the image has been stretched and distorted. I decided that as I only had 2 days to draw this image I wouldn’t make it too big. I also wanted people to be able to enjoy the image with out the aid of a camera, so I haven’t distorted it to much. Just a quick note you will see from one of these images that the whole thing would have been quicker to draw if people didn’t keep walking over it while I was drawing. I spend a good amount of time repairing pedestrian damage to the image. 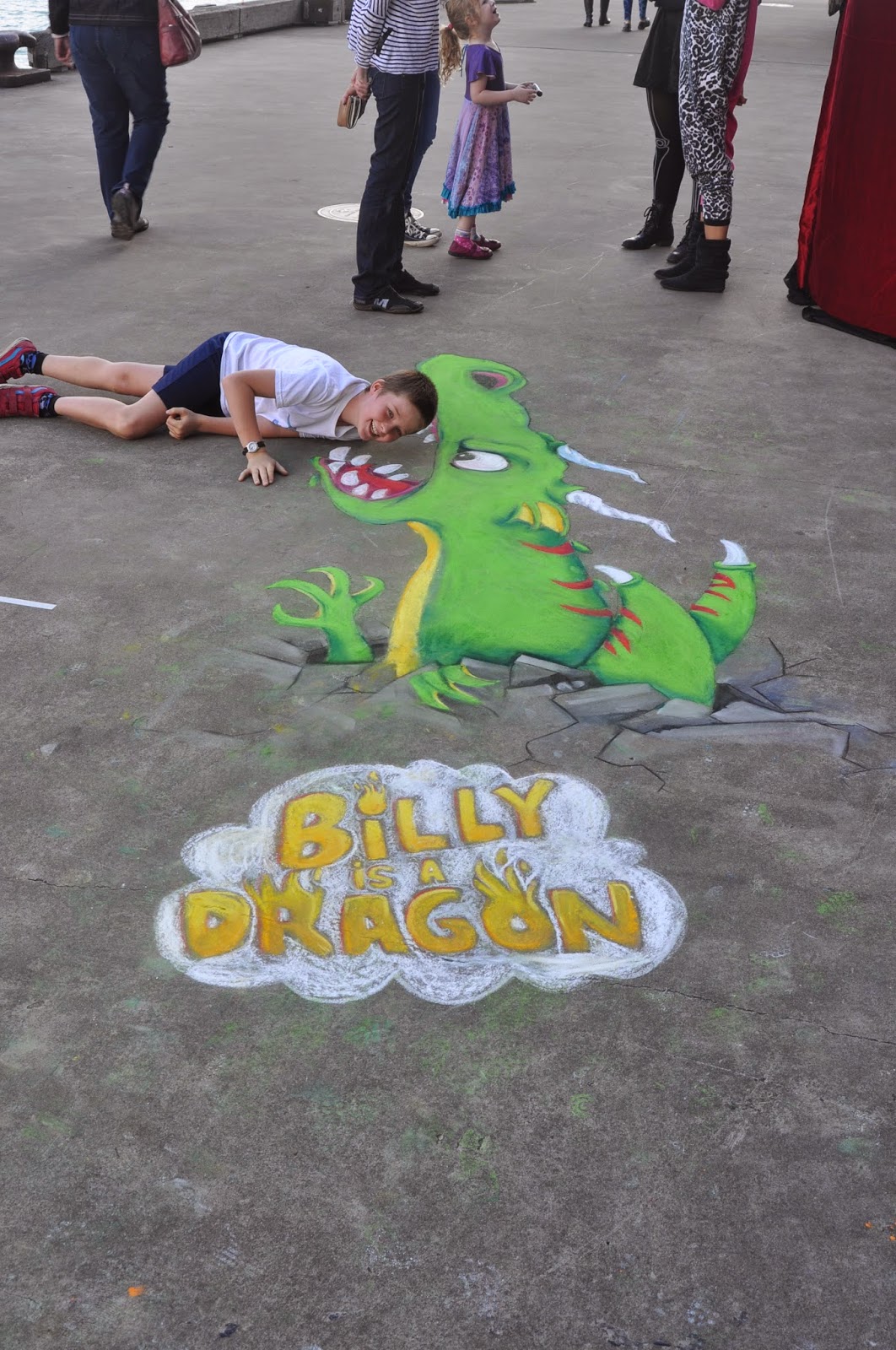 So the basic principal works because of,


3.     artist liking to get messy and talk to people while they draw