When you’re a freelance illustrator, you can come across some very interesting and unexpected drawing jobs. One such project that I have been working on required me to provide a set of images for each of the planets in our Solar System. As I’m not a scientific illustrator this is certainly out of the ordinary for me. To create the images I decided to abandon my traditional approach of watercolour and ink and go with a full digital image. The images are not intended to be strictly geographically correct, rather they were to provide a representation of each of the planets.

I was very pleased with the images that resulted and decided to put them together in sequence. Below is the composite image for the planets in our Solar System.

Yesterday I handed in all my illustrations for Saurus Street book 5. This has been a very interesting book for me to do as I decided to do some experiments in this book. Firstly, I have created about 20 – 30 % of the main drawing in full colour. This would seem nuts as the books are printed in black and whites. But having down loaded a version of the books onto my tablet. I noticed that this illustration on the electronic books are based in the orginal scans and have colour blushes from where I had created the wash shading. This got me thinking about book 5. If I created a number of the images in colour, it would give people the opportunity to see the world of Saurus Street in colour. 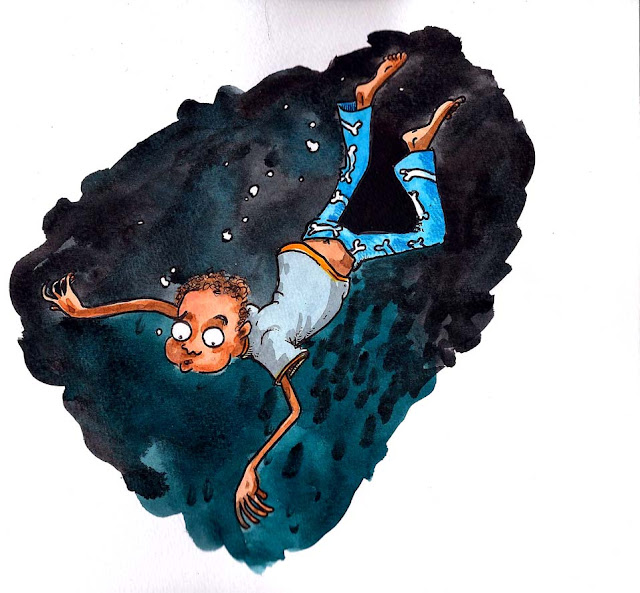 Secondly, I decided as there wese a lot of water scenes in book 5, so I looked to one of my favorite art forms for inspiration, Japanese woodblock print. This proved to be very handy when drawing wave and water splash patterns. In my research I came across one of my favorite woodblock prints by the artist Ando Hiroshige (Japanese, 1797–1858). I have based the image of the Grandparents house in book 5 on the composition and image elements of Hiroshige’s image of Evening Snow at Kambara (Kambara yoru no yuki), no. 16 from the series Fifty-three Stations of the Tokaido (Tokaido gosantsugi no uchi)年月日:  ca. 1832–1833
Below are my  image if the Grandparents house and Hiroshige’s image. 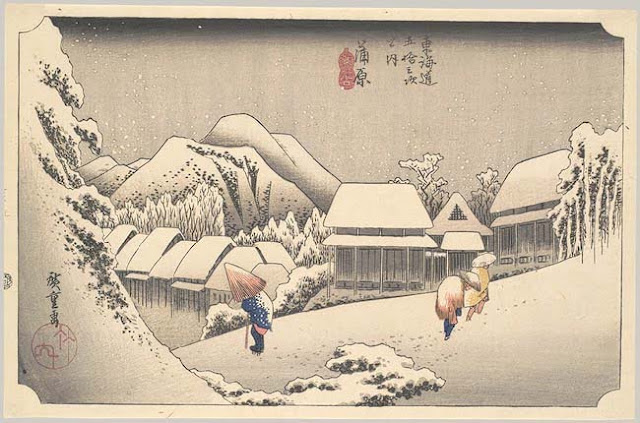 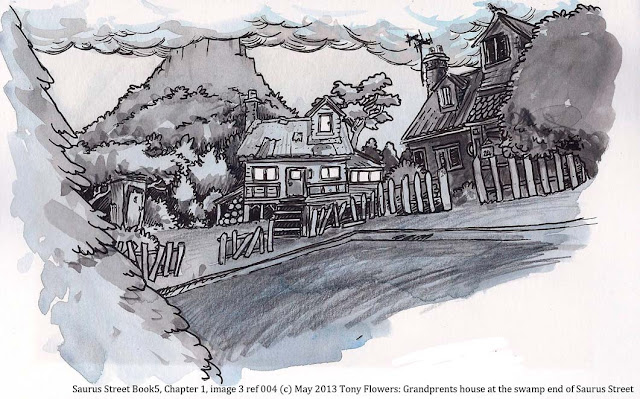 Now both images together. 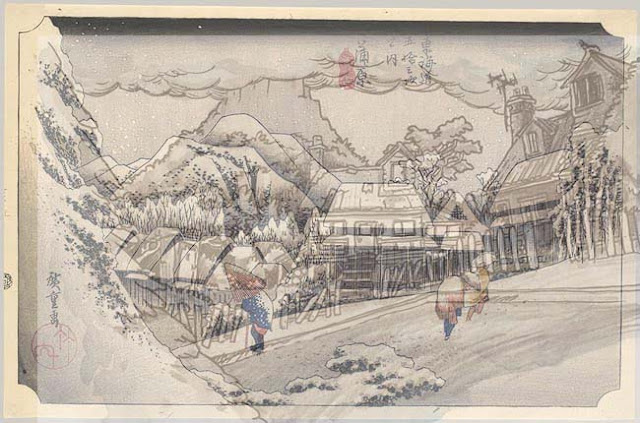 I have just been short listed for the Association of Illustrators (AOI) 2013 Awards. My listing is for ‘The Raven’ in the category of Professional Illustrator, Children's Book section. The AOI award is billed as the Oscars for illustrator. This is the first year that the AOI awards have been opened up to entries outside of Britain. While just being short listed is a huge honor and achievement, I am hoping that I will be lucky enough to be selected for the awards exhibition in October, at Somerset House, on the Strand in London.

While I posted some information on the Raven. I thought with the short listing I could go through the process in some more detail. 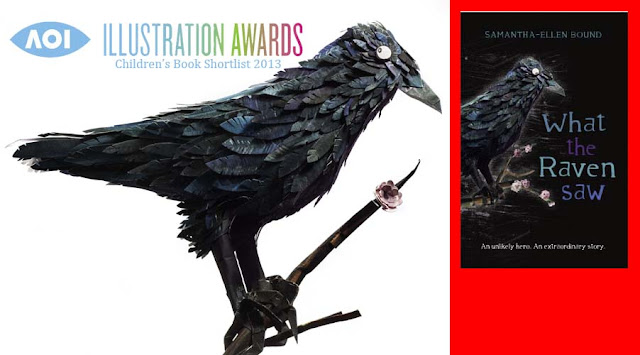 Firstly the image was for Samantha-Ellen Bounds wonderful book ‘What the Raven Saw’. Published by Random House Australia under the watchful eye of Zoe Walton. The books layout and cover designer was done by designer Astrid Hicks. Astrid has also posted some information on her blog about creation of the cover design for ‘What the Raven Saw’,
see: http://designcherry.com/2013/01/what-the-raven-saw/

This book presented a very interested project for me to work through. I was lucky enough to be in a meeting at Random House early last year (2012). I was showing  a number of people my portfolio. Zoe was looking for someone to do the cover and internal art for the Raven. She was initially taken by some of my Scraper board images. These are some the Scraper images that I created as a response to the initial brief. 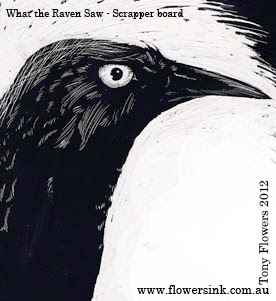 Random House were impressed with the images, but suggested that they might be too dark/serious for the target age group and quirky nature of the book. After a conversation with Zoe, it was suggested that maybe some of the ‘pop-up’ style images from my portfolio would work. 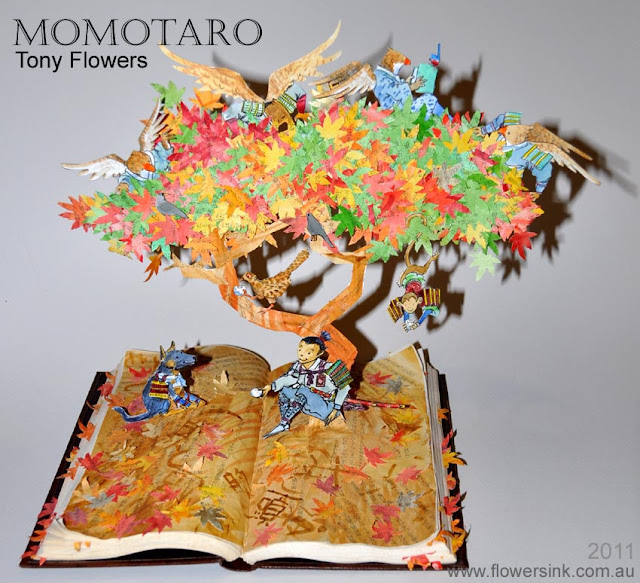 As soon as Zoe mentioned pop-up I had a vision for what might need to be done. I originally thought that I could build up a 2D image in relief. I created the following image as my 1st paper cut test (approx. 10cm in length). 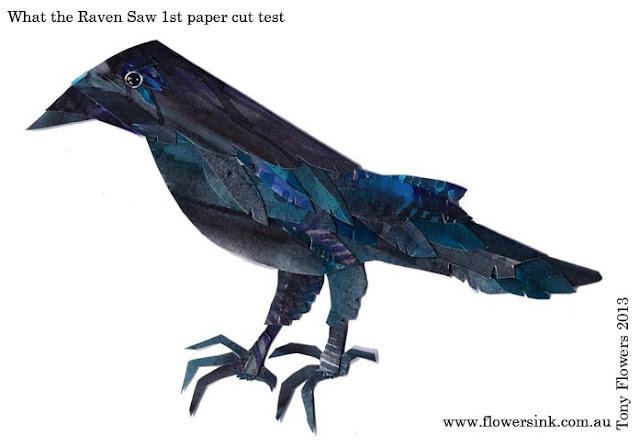 Once I had made the small bird. I decided that I really like the paper cut feathers, but to get the best effect I would have to bite the bullet and create a full 3D sculpture of the Raven.

The construction process was straight forward, but time consuming. I brushed colour and wash on to 210gsm water colour paper. 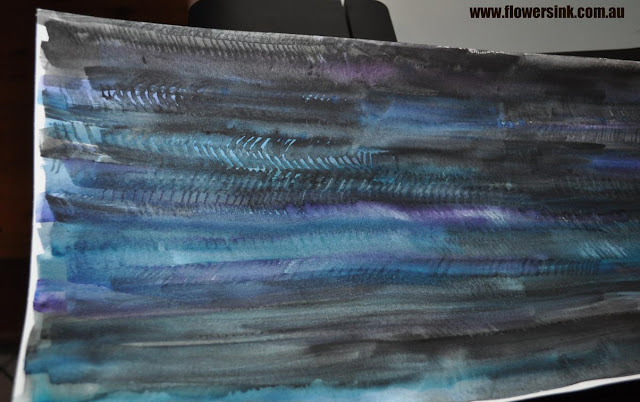 This paper was cut into feather shapes of varying size. 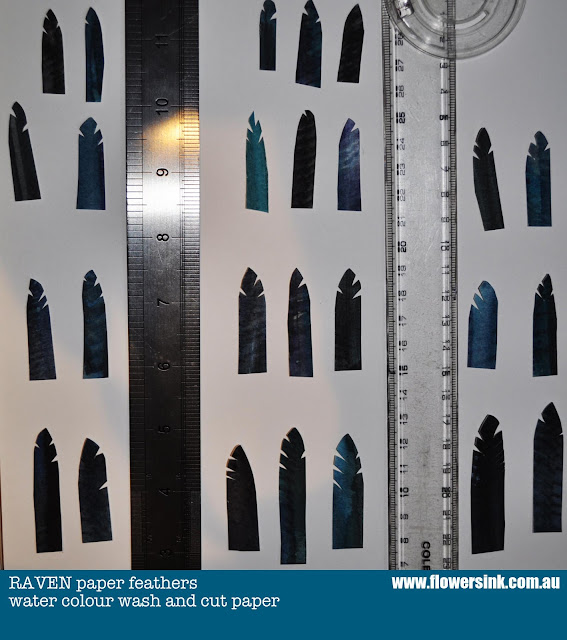 Then these were layered form tail to the head. 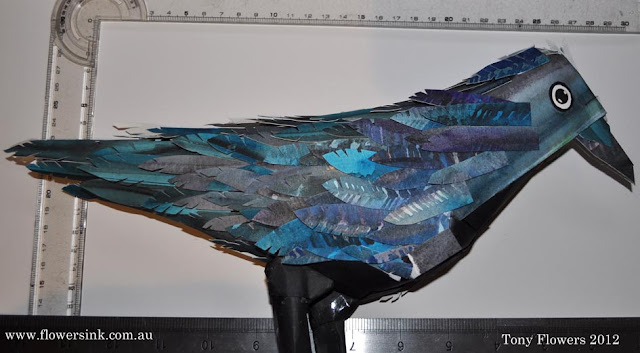 The main body was formed out of cardboard sheet that was cut, rolled and shaped to form the body. 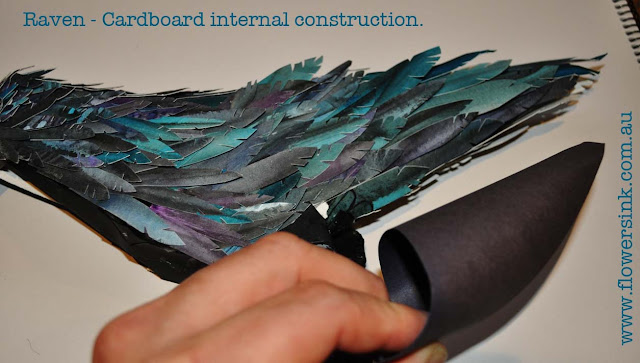 Has the bird was completed, I realised that the birds eye would need to changed to make it more engaging and to fit the quirky nature of the story. 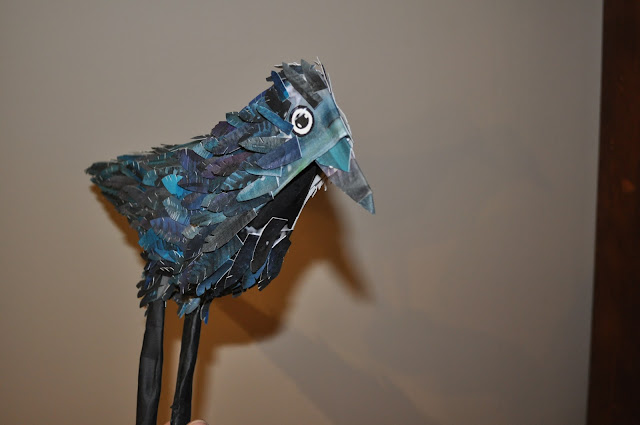 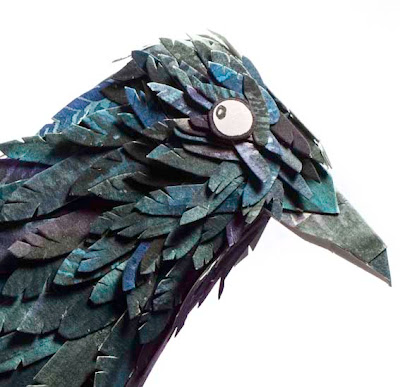 The last stage was to get the Raven photographed. The photograph that was used on the cover as taken by a very talented photographer and friend Andreas Greth.

That is the basic story of how the Raven was made. I have included one more set of images. these show the construction in stages of a second Raven that was used on the internals of the books. i think this demonstrated the layering of the feathers well. 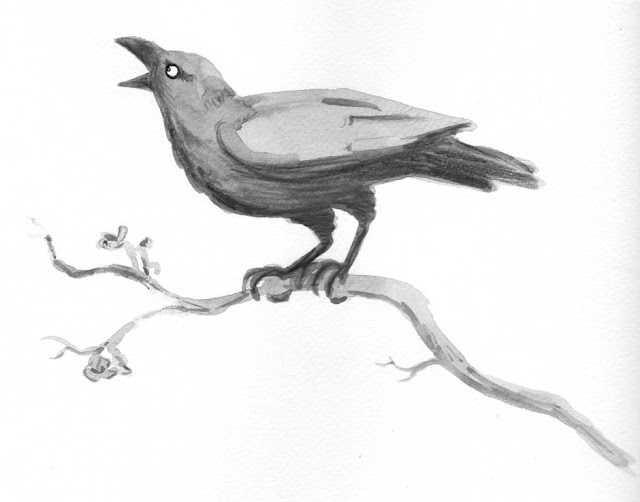 I was struggling with the body positioning in these drawings initially. But after a few attempts I came across a Raven on the Northern beaches of Sydney. I though people might like to see the set of research photos that I took. 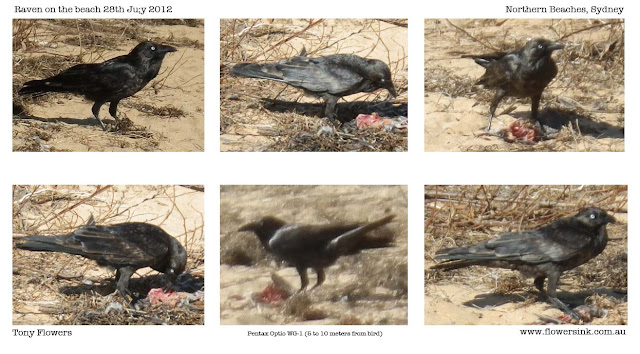 After taking these photos, all the internal images were created in one 4 hours session.

For the full AOI short list follow this link http://www.aoiimages.com/index.php?option=com_content&view=article&id=111&Itemid=115
Posted by Unknown at 1:08 PM No comments:

For more regular or up to date information, please check out my Face book page at:

It’s amazing to watch ideas that you have worked on come to life in new and interesting ways. This week I have be super delighted by the efforts of film maker Carmen Falk and her creative tem with their production “Exclusive News - Real Live Dinosaurs Sighted in Tasmania!”. 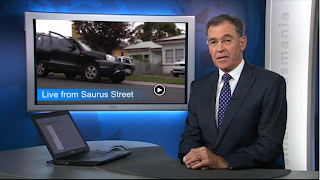 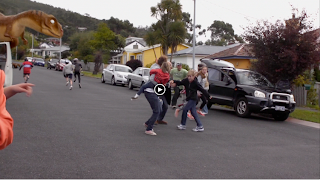 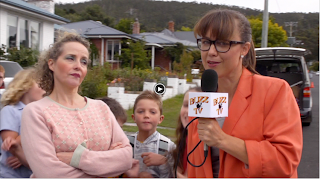 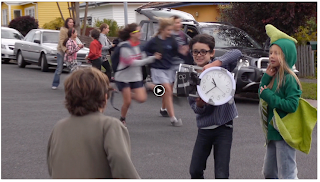 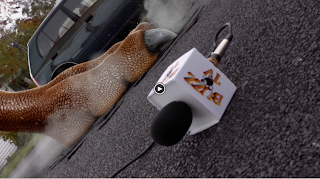 To view this amazing film follow the link to Random House TV you tube channel:
http://www.youtube.com/watch?v=GrIy1n_l_N8&feature=player_detailpage

This is a fun video that brings some of the characters and Dinosaurs of Saurus Street to life.